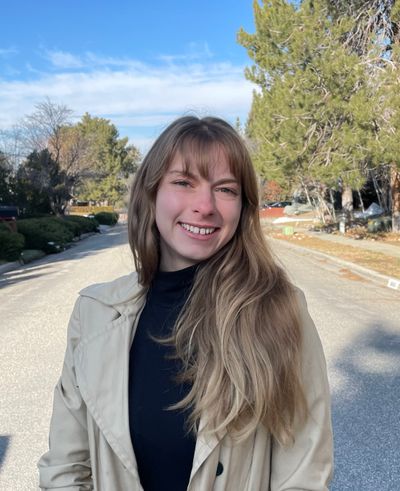 I live in a crypto household, which means my boyfriend and I both work full time in the space. We both take meetings at the crack of dawn to catch more timezones. We scroll crypto twitter when we're bored. And there's even a copy of Serious Cryptography always on our toilet.

Living in a crypto household is all fun and games until someone asks you what you do for work. When we meet someone new—ski partners, friends of friends, even (god help me) landlords—we inevitably get The Question. We both look at each other, like, "are you going to tell them first?"

We often fall back to that vague mantra: "I work in tech." Or I say I work in marketing or communications and he says something about security or development. If they really press, I've tried "marketing for a secure voting tech company," which sounds kinda crazy (do I work for a poll booth company??) just to avoid the blockchain conversation.

But why? If we're building at the frontier of innovation and striving to make life on this earth better, why do I feel like a dog with its tail tucked under when people outside of crypto ask what I do? Why am I so sheepish to say anything about web3 or DAOs in public, unless it's to a close friend or family member? Well, we've had a couple run-ins with some very anti-crypto people (once in a hiking lodge, multiple times on ski lifts, and a few times with some extended family members). So talking about our jobs has felt fraught. But isn't that all part of fighting the good fight?

Cheesy as it may sound, I've been trying to get in touch with my emotions about this topic. I feel so sold on DAOs as the future of how we work and collaborate, and crypto as the future backbone of our crumbling monetary system. But there's a massive disconnect with my emotions here. When you're face to-face with someone who's only read terrible coverage of the space, and you have to tell them you work in an industry that also happens to include $DOGE, how do you do it? You don't do it gracefully, that's for sure.

I believe the majority of the squeamish feelings have to do with the way traditional media covers the space.

Because, whether we like it or not, the traditional media is where the majority of the world will probably first hear about crypto. Many people watch cable news, read local or national newspapers, subscribe to magazines, and listen to radio shows or podcasts produced by these organizations.

So, I've been digging into non-crypto-native journalism about crypto just to see how bad it makes the space look. And....man it is worse than I thought.

Of course, I knew it was bad already...just not this bad. I went through a phase last year where I wanted to work with web2 media outlets to help them cover the space better. I used to send comments into the traditional journalists who covered web3, sharing corrections in a kind and helpful tone and offering to help if they had questions from people in the space. (No replies, of course. Have you read about my disillusionment with web2 media yet?) I've gotten significantly more cynical and bearish about crypto onboarding attempts for the web2 media since then, and haven't sent in a comment in over a year.

In this newfound cynical phase, I've been wondering....what was early coverage of the internet like? Journalists must've said some crazy stuff back then.

And, dear reader, you would not believe what I found.

This week I give you a lighter article, one that will hopefully make you feel more confident in what you're building, and one that will empower you to have those "what do you do for work?" conversations coming soon during the winter holidays. It's an article that might make you slightly angry while reading some of these headlines, but will also (hopefully) make you laugh to see the ridiculously off-base early internet ones. So, let's dive in!

Use cases? Never heard of 'em

We're going to start out with a bang. This article has definitely had its fair share of Twitter circulation, especially for all the "Bah!"s and "Baloney!"s the writer tosses in seemingly unironically.

Here's one traditional media journalist's take on online shopping, the unshakeable timelessness of CD-ROMs, and "electronic publishing" in 1995:

"The truth is no online database will replace your daily newspaper, no CD-ROM can take the place of a competent teacher, and no computer network will change the way government works."

The New York Times feels similarly about crypto and its apparent lack of use cases.

Check out this excerpt from a 2022 piece, which is ironic considering crypto has more use cases now than it's ever had before:

This coming from a publication based in a country that also just so happens to be the current world reserve currency and have widespread insurance on bank holdings via the FDIC. Hate to break it to him that not everyone has these luxuries.

It's not really that cool.

No one will ever use this stuff, right? The internet and smart phones will never catch on because it's all for techy people who like that kind of thing. The innovation is minimal, so why not just keep plugging away at what works?

That's how blockchain technology is often talked about today, as well as how laptop computers were discussed in this New York Times article in 1985:

Favorite quote: "Somehow, the microcomputer industry has assumed that everyone would love to have a keyboard grafted on as an extension of their fingers. It just is not so."

The Wall Street Journal feels quite similarly about crypto now as the New York Times did back in 1985 about people not wanting to "work on a computer at home."

This 2022 WSJ pieces starts out with quite a fun line: "And it’s true that blockchains achieve bookkeeping without a bookkeeper and allow individuals to make transactions anonymously and quickly. But the innovation pretty much ends there."

Favorite line: "They are looking for a way to spin their crypto straw into gold."

Does a currency not translating directly into gold remind you of any other currencies out there today?

It's a short piece, but it ends with a real dig that I can't let pass by.

Favorite quote: "Unlike the fiat money created by bank loans, which is linked to the real economy, cryptocurrencies are untethered from economic value." These guys lived through '08, right?

It's all just hype.

Fads can never be lasting, right?

Check out the Daily Mail's take on millions giving up on the internet in 200:

The Atlantic has similar feelings about passing fads of the crypto variety. I'm surprised someone let this piece run, making fun of people who lost money. Can you imagine the same one running now as stock portfolios devalue?

No favorite lines, this piece was hard to read :(

As soon as a company is struggling, the end has arrived.

Time magazine had a funny take on how Apple was doing in 1996, in part because of their thousands of layoffs:

Favorite quote: "Why not, one PC magazine suggested, also sponsor a remake of Raise the Titanic?"

It reminds me of how crypto companies get covered harshly and extensively when layoffs happen, like Coinbase in the Washington Post:

I thought it was interesting that they also lingered on a high-budget ad, like Time did for Apple in that 1996 article. Check out this section of the Washington Post piece:

It will all crash and burn catastrophically.

According to InfoWorld in 1995, the internet's days were seriously numbered. It reads surprisingly similar to crypto's impending catastrophic collapse that the media keeps predicting.

There's even a little jab at minting digital money in here:

Favorite quote: "Here's why there soon will only be World Wide Web ghost pages." That confidence!

The New York Times is probably the most anti-crypto major media outlet in existence, so they predict its collapse about twice a week. Choosing which article to feature was truly difficult. I like this one because it chalks crypto up to "technobabble and libertarian derp."

Favorite quote: "The industry lured investors in which a combination of technobable and libertarian derp."

Does anyone know where you can get some of that libertarian derp?

Let's get real for a second

It's fun to compare early internet and crypto journalism and spot their uncanny similarities. But, honestly, sometimes it feels like the political and ideological divide that has sprung up around crypto could be too big of a bridge to cross. Adoption is coming whether we like it or not (just look at how many deals Polygon has made with web2 giants in the last year). But reading these anti-crypto pieces in the mainstream media are heartbreaking.

They're heartbreaking because I know they're preventing so many people from jumping in and building with us.

I know that billions of people will live better lives when their work doesn't have to be tied to the opportunities available in the country they live in (DAOs). When people from every country have access to premiere financial tools and stable currencies (DeFi). When creators can truly own the work they create on the internet rather than being a stuck in platform monopolies, where ownership and scarcity are not real (NFTs).

All the traditional journalists see are the scams and the ponzis and the greed. What do we have to do to bring them into the light?

Ending on a happy note

I will leave you with a June 1996 Wired magazine cover of Bill Gates laying on a pool floaty talking on a cell phone, dug up from the Internet Archive:

Now, if you're still with me, I'm going to hit you with THREE calls to action, which is the biggest no-no in marketing ever, and I truly would never had made it as the web2 marketer that I tell strangers I am.

2. And did you know Quorum is more than just a newsletter? Listen to Quorum on Spotify, Apple Podcasts, and where ever you get your podcasts. The beauty of a metalabel is the collaboration between creators. I've been doing some interviews with Brandon and having a TON of fun with it, so if you listen to them and give us a nice review, I will go on more ; )

3. Disillusioned by web2 media? Equally disillusioned by the lonely, zero-sum state of the creator economy today? Bullish on DAOs but not too bullish? Quorum is currently open to consultations with possible sponsors, partners, and collaborators. If you're interested, drop me a line in Twitter DMs! I can't wait to hear about you and your project!

DM Sam
The link has been copied!
Newer post 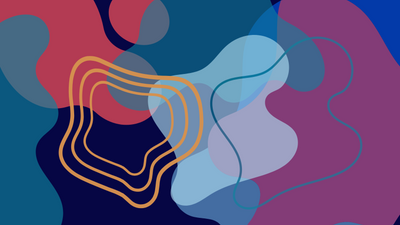 Metalabels will be the tastemakers of the internet 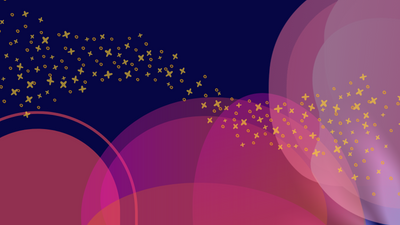