What we learned about DAOs in 2022

This newsletter has grown from just an idea back in March to thousands of readers today. I can't wait for an exciting 2023 ahead! If you'd like to support Quorum, subscribe to this newsletter and consider minting your favorite edition on Mirror. There's 100 of each, and one has been minted out! Also, leave us a review on the Quorum podcast and share it with a friend who might enjoy it :)

We learned more than Chat GPT did, that's for sure:

DAOs have taken many twists and turns throughout the year, giving many of us completely different viewpoints on DAOs now than when we started the year.

I asked the internet if anyone's minds had changed on about DAOs broadly this year. Here are some of my favorite answers:

DAOs as brands with decentralized treasuries

I found this one super fascinating. It's no secret that DAOs are often trying to replicate what traditional organizations have already done. So, DAOs as plain old organizations is pretty dull. But DAOs as networks of individuals and guilds collaborating on work is exciting. And even more exciting? DAOs as brands with a decentralized treasury that's used to fund brand and mission-aligned activities. I found this mental model super useful when thinking about what the next wave of successful DAOs could look like.

I really liked this one because I often hear that DAOs are lagging behind the speed in which technology can be developed and implemented. This is considered to be a bearish fact about DAOs.

However, DAOs are organizations with technology at the center and humans on the outside. Even if the technology centerpiece matures quickly, if we can't keep up as humans, we're going to mature slowly. I plan to keep this timescale in mind in 2023.

In the DAO space we love to talk about what we could be. But the process of getting to those goals is long and difficult. I found this observation apt, because it's true that few want to do the work that it will take to get us to that possible future of DAOs. Unfortunately, we're distracted by trying to fit existing DAOs into that end state too early, rather than evolving DAOs slowly over time.

The process will be messy and ugly. But baby steps are better than trying to take huge leaps and then falling backward to right where we started. And, man, those baby steps are hard work!

Use cases for DAOs in 2022 were different than expected

There was a common belief in the bull that every organization could become a DAO. But these past few months have shown that DAOs in the current state of tooling have been best for two use cases: simple DAOs designed for a specifc, ephemeral purpose, or on-chain DAOs built for maintaining a protocol like Lido.

I think this take is really interesting and I like the acceptance of moving away from "everything should be a DAO" to "here are some things that can work better as DAOs than as traditional organizations." It helps prevent us from overturning the wheel, which we often do in this space!

However, I do believe that tons of more DAO use cases will be unlocked once we make the strides in tooling that we need to. But in 2022, successful use cases were limited.

This is something I have to constantly remind myself about. I get wrapped up in all these problems DAOs are having, and forget that DAOs are human organizations like anything else. They have the same problems and we can't expect ourselves to fix every human organization problem out there.

In many ways, DAOs are a much better alternative to traditional organization structures. The problems they bring with them are often human ones, not DAO-specific. It can be hard to remember this when we're deep in the weeds, but it's important!

DAOs beyond the bull market

I love the dichotomy of this tweet, because on one side there's the bull market shilling, and on the other there's the powerful vision of what DAOs could be. You would never think that the same structure that allows for shilling pump and dumps can allow for creating nations, too. Something I'm excited about for 2023 is how DAOs can expand use cases beyond the bull market ones we already came up with.

Where does the decentralization in DAOs lie?

This is interesting because it's a new spin on labor in DAOs. At the center of the DAO is the shared treasury managed by the token and the paramters that govern it. The decentralization of the DAO is the capital deployed, rather than the workforce of builders at the center.

It reminds me this tweet from Jacob Horne of Zora:

Love the idea of flipping the lurkers into the owners!

This tweet higlights a serious problem that occurred during the bull: taking shortcuts to create a DAO faster without thinking through design principles and incentive alignment.

Bull market DAOs emerged with too much focus on spinning up a DAO quickly, hoping the token would always go up. But, when those tokens crashed, we saw the design debt that was leftover.

Design debt is a hard thing to shake. We had to create an entire new DAO at Aragon to get rid of old design debt! It's definitely better to start slow and design thoughtfully, rather than get stuck with design debt later on.

When you take a step back and look at what a DAO truly is, it's a smart wallet containing funds with parameters governing who can access the treasury and how. For example, quorum and pass rate are parameters programmed into the smart wallet that prevent wallet addresses from accessing the funds unless they meet those parameters.

In this way, DAOs are account abstraction, because they abstract away the responsibility of a single actor holding the entire treasury in a basic wallet. It's a different way of looking at DAOs than the bull market seemed to bring about, but it's a cool way to focus on the tech rather than the humans.

The moats of web2 have been replaced with open, composable software that is harder to create a moat around (and, in turn, a sustainable business model). So, there's less incentive for your organization to hoard talent and capital in one place. Instead, for ecosystem-centric projects, it might be best to let that talent and capital flow freely throughout the ecosystem in a positive sum mentality. Easier said than done, I know! But I liked the picture this tweet paints of a large network sharing resources and the stark contrast from the traditional web2 world. As far as this ecosystem-centric approach creating recurring, repeatable revenue? That's still a question to be answered.

What I'm looking forward to in the new year:

It's been a wild year in DAOs. We've seen extreme bearishness with speckles of light sprinkled in.

A few areas I'm most excited about in the new year:

See you next year! 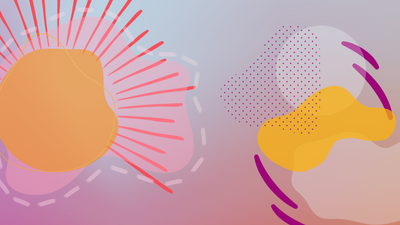 Learning and relearning: Reflecting on the DAO toolkit series 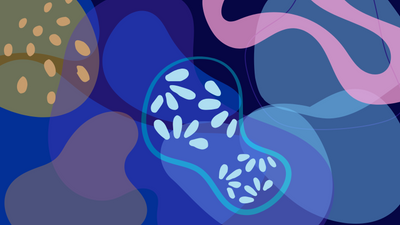